The Higher-Consciousness-Handicapped Presidential Nominees, Our Current Compromising-Consciousness President, And The Need For Both To Lean On Somebody Or Fall

The Republican nominees who ran for the presidential candidacy in the 2011 and 2012 can also be called “the parade of new souls.” There is a lot to learn about the difference between a new soul and an older soul or starseed, which has taken me authoring two published books (called The Cosmic Family, Volumes 1 and 2) so far to even begin to teach. But for the clarity of this article, I will just state a few pertinent facts on both soul types. The majority of the billions of people on this planet are new souls, but there are approximately 500 million starseed over the age of 18 who are older souls and many under 18.

The new souls are mostly in error with a lot of their thinking, because they simply do not have the astral (past-lives) experience of an older soul. That is why so many new souls become fundamentalists in their thinking. To them, everything is either black or white. Fundamentalists usually are very “right” or extremely conservative in their political and social views and are not open-minded enough to see enough alternative opinions.

They dogmatically read scriptures as if every written sentence is absolute truth, without contemplating other scriptures about the same subject or even updated scientific facts about the same subject. Not that science is always right either, but new souls who are fundamentalists usually take things at surface value when it comes to scripture interpretation. So they have become known to us here in America as “evangelicals” and basically think everybody else in the world is going to hell because the others do not believe in their form of religion—basically that people need to be “washed in the blood of Jesus.”

It does not matter if others believe in the crucifixion and resurrection of Christ and believe that He is coming again. To the Christian fundamentalist a person has to believe that Jesus shed His blood for the sins of mankind, and that He was the sacrificial lamb of God who takes away the sins of the world. And so to them, a lot of other denominational Christians are not “saved” either, and neither are Moslems, Hindus, Buddhists, Jews, or New Agers. That is why evangelicals and those leaning toward the political right are ready to start a war with Iran and billions of other Moslems, because to the fundamentalists the Crusades are not over yet, and it will culminate at Armageddon. (Actually, to the Moslem fundamentalist, the Crusades are not yet done either.)

Christian fundamentalists need the Bible, particularly the New Testament, as a crutch to lean on. Let me explain by using an analogy. I inherited diabetes from my genetic parents and grandparents. It has taken its toll on my physical body. I have lost sight in an eye, had to have a kidney transplant (after being on dialysis for 8 months), gotten neuropathy in my legs and feet (which makes me imbalanced when I walk), and to top it off, I fell and fractured my hip and an orthopedic surgeon put a titanium rod in my right leg, which shortened it one inch, causing me to limp. So I need a cane to lean on. I often have to use a railing or someone’s arm to lean on. Without that, I definitely would walk lopsided and off balance or fall.

Fundamentalist Christians are very off balance when they lean on their narrow-minded interpretations of the Old and New Testaments (that they inherited from previous fundamentalists), particularly the New Testament, which they think is the final word from God. It does not matter that it is 2,000 years old and no longer “new” at all. The point is, this is the mindset of those who want to lead our country and have led it. They refer to the scripture verses as a solemn foundation of their faith when they should be referring to the love, joy, peace, patience, and kindness and the all the other virtues that Christ talked about. They are mostly in error, and error is evil. And the results are harmful to individuals and masses.

The older souls, like President Obama, are more sophisticated in their sin. And sin is knowing it is wrong but doing it anyway—compromising. Older souls have learned to lean on their wit, their manipulation ability, because they can manipulate most others. Both new souls and older souls manipulate the public. Newer souls are more blatant about it and do it with a smirk on their face (like Bush had), that says, “I just don’t give a care; I’m doing it my way,” whereas older souls manipulate with more sophistication. The public even likes them for it, because they are so smooth. But they can only get away with that manipulation for so long, and they too will be found out. The starseed or other older souls who voted for them once will not vote for them again.

When he was first elected, President Obama had a chance to really do some good for this country and had millions of people behind him. But he chose the way of compromise, and he compromised with the more iniquitous. The corporations and their executives are iniquitous, and iniquity is not caring who you hurt for the sake of personal gain and profit.

Both new souls and older souls can compromise wrongly, and this has been a problem in our country since the beginning of the Constitution and the proper interpretation of it. Basically, today, both parties compromise with the corporations’ iniquitous executives. Obama’s platform was making “change you can believe in.” But just about everything he did when he became President, no one believed in—certainly not the people who voted him in, just the corporations. Instead of giving hope of a better life for all, like he promised, he gave the American people continued oppression and suffering.

Now maybe he does not see it this way. That is because when you compromise, you become blind to seeing what you need to see. And then it is the blind leading the blind, until enough of the blind people wake up. What the majority people need to wake up to this time is: no matter who they vote for, there will be no real change, because the existing two-party system does not work anymore and neither does capitalism.

“Money” has not worked on this planet for thousands of years, at least not the way it should have worked for “the common good of all.” The use of money has caused feudalism, dictatorships, plutocracies (government by the wealthy), oligarchies (government by a few elite families), and capitalism. But no matter what you call it, it is government based upon greed, profit, and selfishness, and usually the profit ends up in the hands of the few.

Older souls should have the experience to do the right thing, but they may not have the moral fiber to do the right thing. That is why they are still on this planet. There are many who are on this planet who are older souls and would make better presidents, but you will never hear of them, because they would not make the compromises for them to be the politicians, corporate executives, and movie stars (because these people have all had to compromise in some area of their moral life to get where they are in the fallen system).

You may call me an idealist, but I believe that we can trade services, talents of all kinds, goods for other goods, and get along just fine on this planet. There are many groups and intentional communities around the world now doing this. One such group of people in Portland, Maine are involved in Hours Exchange Portland, with approximately 750 people (and still growing), who exchange services with each other rather than money. Many of them have lost jobs and homes and are trying another way to exist in this broken economy and broken political system. They are the once-middle-class, not the poor and disenfranchised (who have always suffered from capitalism and lack of free higher education).

Through my writings and teachings for twenty-three years now, I have been telling people to leave the broken mainstream system and form communities, have all things in common (as much as you can), grow your own food, be near a good water source, and build and live sustainably. This will be a must for people to do if they want to survive in the near future, for this present system and its greed cannot last too much longer. This is why the Occupy movement is saying “we’ve had enough.” But they are not quite sure what to do about it. Hence, I just gave the answer at the beginning of this paragraph.

The mainstream system can no longer be changed from the inside out. It has to be started all over again on a more moral and just foundation. The old order has to go and a divine new order has to come. I say divine because, as I have said in many of my teachings (including my autobiography The First Stage Of Light And Life, Into The New Millennium), you cannot leave out the Creator in your personal life or in your country’s future.

Some of you might think I am going too far if I said I do not believe in nationalistic borders or countries or religions or anything that separates us from living as one planetary family, because ultimately, that is what we are—one family of the Creator, living together on one planet. Until individuals all over the world begin to see themselves as part of one planetary family—as planetary citizens, not citizens of any one country—we will continue to war, compete wrongly with each other, and not share the natural resources that this planet has to offer. When our resources run out, we will go and take someone else’s, always in the name of some “noble” cause (when the real reason is oil, or water, or land, or food, or whatever we think we need).

It is a much bigger problem than just issues about healthcare, education, immigration, abortion, gay rights, energy, foreign policy, or oil. It goes all the way back to the beginning of Genesis, where it is written and said by the Creator that we need to be our brothers’ and sisters’ keeper. And if you are not doing this in your life, then you need to get out from under the life you are living and into a community of people where you can serve each other. This is the only way that the real change that is needed will ever come. 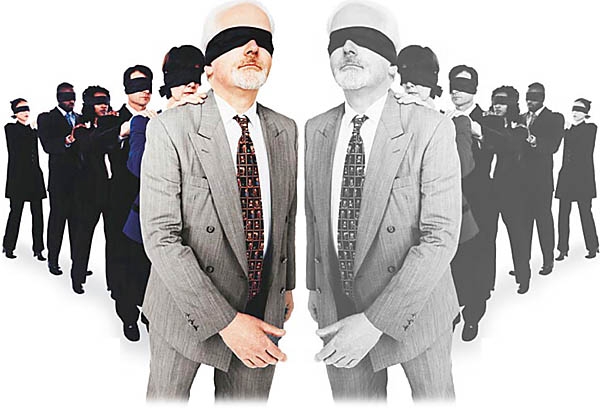