Convergence at the Border 2016

On Saturday October 8, 2016 twenty members of Global Community Communications Alliance attended the Convergence at the Border events in Nogales, AZ.

Avalon Organic Gardens & EcoVillage was also made available for traveling participants in this event to camp for free.

At the heart of the annual convergence is increasing awareness of the militarization of the US-Mexico border and Latin America, as well as the criminalization of migrants, asylum seekers, refugees and people of color. The Convergence at the Border took place from October 7-10, 2016 in Nogales, Arizona/ Sonora, at the Eloy Detention Center and in Tucson, Arizona. The change of the location goes along with the broadening of the issue and the expanded fight against US militarization at home and abroad.

Visit www.soaw.org/border/ for full report photos, videos and more about this powerful encuentro.

The School of the Americas (SOA) is a combat training school for Latin American soldiers, located at Fort Benning, Georgia. In 2001 renamed the Western Hemisphere Institute for Security Cooperation (WHINSEC).

It was initially established in Panama in 1946 however it was expelled from Panama in 1984. Former Panamanian President, Jorge Illueca, stated that the School of the Americas was the "biggest base for destabilization in Latin America." The SOA have left a trail of blood and suffering in every country where its graduates have returned. For this reason the School of the Americas has been historically dubbed the "School of Assassins".

Since 1946, the SOA has trained over 64,000 Latin American soldiers in counterinsurgency techniques, sniper training, commando and psychological warfare, military intelligence and interrogation tactics. These graduates have consistently used their skills to wage a war against their own people. Among those targeted by SOA graduates are educators, union organizers, religious workers, student leaders, and others who work for the rights of the poor. Hundreds of thousands of Latin Americans have been tortured, raped, assassinated, "disappeared", massacred, and forced into refugee by those trained at the School of Assassins.

It was a great weekend at the border Convergence on both sides with easily 1000 people from all over North & South America. First, concurrent veteran-led marches led from both sides of the border to the US/Mexico border wall, where an enthusiastic rally which bridged the high wall was held. Featured on the Mexico side were Veterans who fought in American wars (most with Green Card status in the US) only to be deported to Mexico after their time in the military was done.

Also on Saturday, all day at the Americana Hotel in Nogales, AZ, were held workshops and breakout groups on many topics including re-imagining mutual solidarity against state-sanctioned violence and upholding racial and gender justice. The Encuentro provides a unique opportunity for those most directly impacted by state sanctioned violence in the US, Latin America, and other parts of the world to learn from one another, and begin building inter-racial, transnational solidarity networks. The moral necessity to make the Encuentro accessible to undocumented family led the organizers to create the People Of Color Space in Tucson, AZ, where people are not forced to traverse a Border Patrol checkpoint in order to arrive.

Saturday afternoon we also participated in the Anniversary Vigil for José Antonio Elena Rodríguez in Nogales, Sonora: starting with a march from the Plaza de las Palomas in Nogales, Sonora to the site where Jose Antonio was killed by Border Patrol forces and a mass with the Nogales Bishop. We participated from the US side of the wall. On Saturday evening, an interfaith ceremony at the border wall & candlelight vigil was held, and followed by an energizing cross-border concert. The tall ugly wall the stands for so much hate and violence seemed nonexistent as we joined in a giant circle that spanned both sides of the border holding our bright candles high and singing together songs for peace. 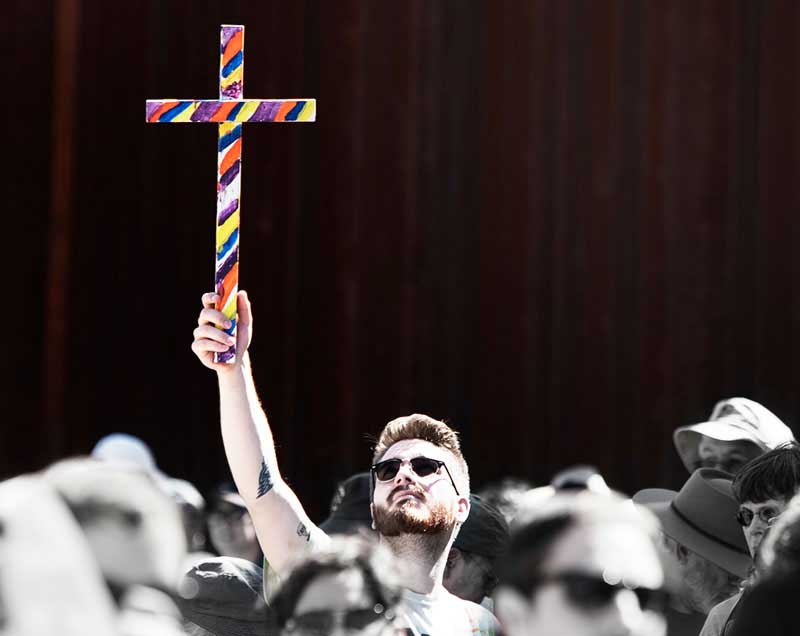