Global Schools for Starseed and Urantian Children and Teens teach Gabriel of Urantia's Spiritualution concept and its students have been following the ethnic studies issue in the Tucson Unified School District since it exploded onto the scene two years ago. They have been a part of the fight to keep the Mexican American Studies program alive. Unfortunately the school board decided to shut the program down on January 11, 2012, despite the public outrage that was present.

The last district board meeting of the season was on Tuesday, July 24 and Tucson Freedom Summer sent out a call to come and protest the fateful decision dressed as your favorite rebel fighter, past or present, Chicana/o banned book author or character, or social justice movement figure. Students Gentle Cub and Adams'Aon went dressed as Zorro and the young Pancho Villa. Kazarian was an almost picture perfect Fidel Castro, while O'Breean went as the personalization of Rosarita from the refried beans label with her husband, Juan Valdez, played by MasSa'Seen. Rosarita and Juan were from the American Association of Stereotypes and made a tongue-in-cheek point about the future of role models for Chicano youth without the programs strong values and real ethnic foundation educating the children.

O'Breean and Kazarian voiced their concerns in the public opinion portion of the meeting making a sincere and challenging plea to the board members. O'Breean asked the board to "Bring balanced education back to Arizona schools," and Kazarian said, "There comes a time when you guys, as decision makers, need to stand up and do what's right." They were shown later on local evening news.

There were dozens of supporters who came from as far away as Detroit, Michigan and New York City to lend their voices and hands to this worthy cause. We were glad to be able to share in this vigil with the movement. Many great connections were made and we had a good time.

The issue of removing the Mexican American studies program from Tucson education reflects the basic idea of the Spiritualution—Justice to the People! movement. The program gave youth a firm sense of their identity and improved the quality of education and life choices for this under-recognized section of our community. It should not have been pulled. It is our hope that justice does come for RAZA (racial) studies. 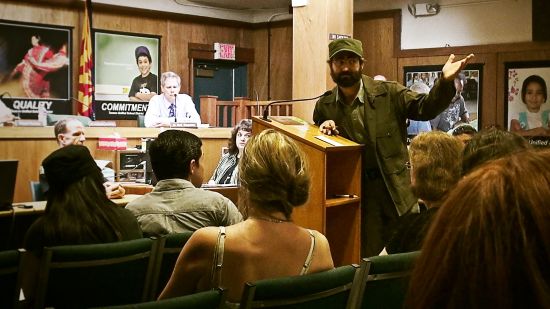 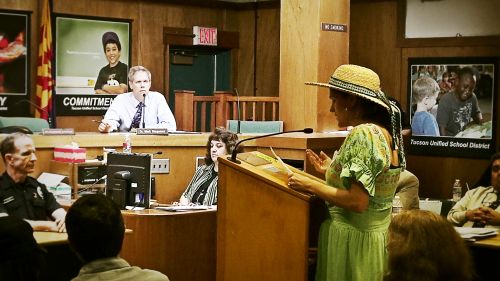 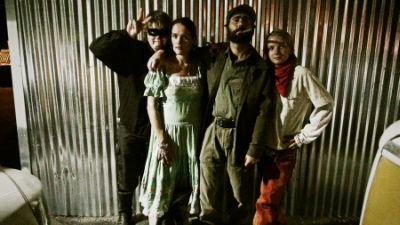