How Do You Choose To Occupy This World? 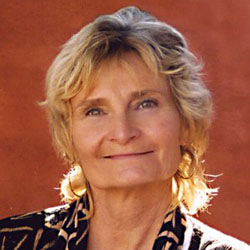 In September 2011 approximately 1,000 people gathered in Zuccotti Park in Lower Manhattan to protest the rich billionaire class. Some pitched tents and stayed the night and continued on staying, with hundreds more joining on a daily basis. “Occupy Wall Street” turned into a huge movement across the country, and within months “the Occupy movement” had inspired protests in 951 cities in 82 countries. Those in the movement identified with the 99% of the world’s population, who are not of the 1% extremely wealthy, who use a disproportionate amount of the world’s resources, at the expense of the rest of the planetary citizens (of humans, animals, plants) and our life-supporting eco-systems.
“Occupiers” and sympathizers wrote numerous well-written, thoughtful, educational, and inspiring articles about the reasons for the Occupy movement. There were also many diatribes against it, accusing the movement of being nothing but an organized group of washed-out hippies, the homeless, and rebellious young people who had no direction in their lives.
Those, who in some manner considered themselves part of the Occupy movement, consisted of well-known and highly respected public figures in politics, academics, science, the arts, and journalism. Many participants were highly knowledgeable and intelligent young people who did not want the future that the corporate-controlled rulers of this world laid out for them. Most citizens knew very little about the Occupy movement (and could have cared less), because they were so wrapped up in just getting by in their own struggles to have a life of some happiness.
What is known now is the Occupy movement was a fast-moving “happening,” in spite of the attempts to diminish its importance by the corporate-controlled mainstream media and the corporately-directed political strategists who used the police to attempt to quell the demonstrations.
Though there is no longer an official Occupy movement, the influence of its message resides in the consciousness of many, and thus other movements continue to spread, movements that challenge the status quo of selfish, dishonorable harvesting of our earth’s resources and exploitation of other human beings for the comfort of a few, the 1%.

I live in a state that has been nationally ranked as one of the top five states who have the most number of poor people living in them (per capita). I live in a county that is counted as one of the three poorest counties in Arizona. During the time of the Occupy movement activities, I encountered the more financially privileged and politically powerful people in my neck of the woods (actually desert) who derided me and my associates for counting ourselves as part of the 99%, and that hasn’t changed much. I scratch my head in puzzlement and frustration at what I consider ignorance and an unwillingness to really look at all of the facts and truth of the state of our nation and world, and here in Arizona, the state of our fellow Arizonians—many who happen to be red (Native American) and brown (Hispanic) and suspect of being “illegal” and “alien.”

I grew up on Native American reservations in a very “middle” middle-class family who recycled everything we could, conserved in our energy and water usage, and spent money carefully and conservatively. We lived a life of considerate compassion and respect for all human beings and had a scientific and spiritual appreciation for the web of life on our planet. (My father was a soil and water conservationist, a spiritual man who loved the natural world.) We did not buy new cars and kept the used ones for at least 10 years, even up to 20 years, because my father maintained them so carefully. Like my parents before me, I still purchase most of my clothing, furniture, and other household items in thrift stores and resale shops. I, as well as most of my family, friends, and close associates, have never come near being one of those crazed shopping-spree enthusiasts who trample people to get into a store to buy the latest item that is faddish on the much-promoted super-sales days, like “black Friday” the day after Thanksgiving. So, according to the constant jangle from most economists, I guess we are not doing our part in helping the economy recover.
I was blessed to grow up without a television and have continued to resist being brain-stained and tantalized into personally identifying with corporate brand names, labels, and logos that are crammed down our throats through invasive, mass advertising, which comes at us from all directions through multiple-media formats. It seems that most of us have to tramp back into a designated wilderness area to get away from corporate occupation of our lives.
Many of my childhood friends didn’t even have running water or electricity in their one- or two-room homes that housed large families, let alone other commodities that most of us in this country today take for granted. In that setting, I guess my family and I were the 1%, but unlike the nation’s 1% referred to in the Occupy Wall Street and 99% movements, my family and I were not taking anything away from our neighbors and friends or living beyond our means at the expense of the majority of our fellow planetary citizens and neighbors. We were where we were to share our knowledge and lives with our friends and neighbors who lived below the poverty level of the times, in order to assist them to become part of the middle class—in their housing, healthcare, education, economics, and lifestyles.
Unfortunately, more than sixty years later, not much has really changed for Indigenous people when it comes to quality and dignity of life. Though some have more money and material things, the quality of their education and healthcare has not improved much, and neither has the quality of their psychospiritual well-being. But neither has the quality of most American’s psychospiritual well-being improved in the last sixty years, regardless of race or economic status. And why is that? Because of the increasing acceptance of toxic materialism as a way of life—a materialism that values money and power over human beings and our life-giving natural world. Unfortunately, now, the gains in education and healthcare that Americans had acquired in the last sixty years are not guaranteed.
As those who were involved in the Occupy movement realized, we live in a world that is ruled by corporations who control political policies, practices, and laws and in an economic system that is dependent upon all of us—who are poor or of the presently-dwindling middle-class or even of the more economically privileged group—to spend as much money as we can, living way beyond our financial means, which is one of the factors that has contributed to the plummet into the current economic woes of our nation.
All of us Americans have been occupied by the corporate rhetoric that brain-stains us to buy, buy, buy—whether we need it or not, and without consideration of the cost to other human beings, other cultures, and the natural world that sustains all of our lives. We are intoxicated by the constant barrage of propaganda that comes at us through corporate-controlled media to grab a bigger piece of the pie, use our talents and knowledge for getting more money, prestige, and power. We are constantly being coerced to be selfish, fearful, grasping citizens in order to serve the current economy and the less-than-one percent that is the machine running the materialistic world. We are considered failures and become social outcasts of the mainstream if we choose another value-system, one that rejects getting more than we need and questions those who continue to feed the machine that is methodically destroying our beautiful natural world, our diverse cultures, decent values, ethical practices, and the well-being of us humans.

I live in a spiritually-based EcoVillage with about one hundred others who have occupied part of the borderlands in Southern Arizona. We have chosen a simpler life, which challenges anything and anyone that damages the human soul and psyche, diminishes the higher ideals of a truly sustainable culture and society, and destroys the delicate yet sustaining web of life that makes up the natural world. We have chosen to occupy this planet in a manner that celebrates life, living daily in a manner that constantly strives for a more compassionate, scientific, and spiritualized perspective and lifestyle. We are religionists, environmentalists, educators, organic gardeners and farmers, artists, musicians, writers, parents, healthcare providers, and so on. And we piss comfortable people off, because we have occupied their comfort zones of complacency and greedy grabbing.
We join hundreds of thousands of others in this country and millions across the planet who demand a more sustainable and decent life for all human beings and for all of life. Our EcoVillage and organic gardens, farm, and ranch are a functioning sustainable model that serves as a prototype and proof that a few good people working in harmony together and for the common good of all can make a real difference in changing the tides of greed, in any pocket of the world. We do this through our talking, our writings, our public events, our educating, our music, our art, and, most importantly, through our own personal changes in consciousness and lifestyle.
Regardless of nationality, political creed, racial identity, economic status, religious (or otherwise) affiliation, or ideology, all of us Occupiers across the planet need to continue holding the dream of a much better life for all, and, even more importantly, to actually stand up for and actualize that dream daily in our own personal lives and the lives of our neighbors, as part of a huge planetary movement, a Spiritualution that is unfolding every day. 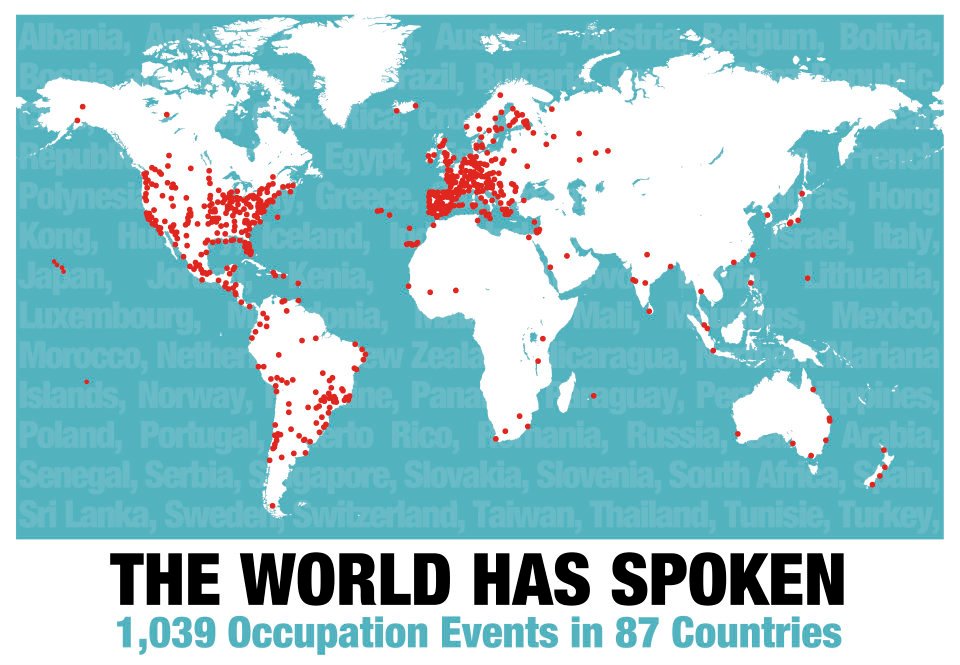