by Minister DaMeAn Steinhardt on April 24, 2012

I have traveled with my friends of Global Change Media to several Occupy cities including New York, Los Angeles, and Tucson, participating in marches, protests, and general assemblies. Before Bloomberg’s Gestapo forced out the Wall Street Occupiers, I spent time at Zuccotti Park in New York City and experienced the passion and hope of thousands of activists who had gathered from around the country and world to stand up against a system that kowtows to the 1% at the expense of the 99%. It was inspiring to see so many people of all ages and walks of life coming together to protest injustice with the belief that their voices and actions could make a difference in bringing a new day to our planet. My friends and I also marched at “Occupy The Ports” in L.A. and subsequently have participated in many other Occupy events in Tucson, Phoenix, and Washington DC at Occupy Congress.

A “leaderless movement”—as the Occupy movement proclaims itself to be, where decisions are made by the process of “consensus” through “People’s Assemblies” and where both “no one is a leader” and “everyone is a leader”—may have worked in the beginning stages when there were fewer numbers. But now that the Occupy movement has spread like wildfire around the United States and world, the “leaderless” aspect and process of “consensus” has proven to be an inefficient and disorganized way to guide and unite masses of people and is holding back the progress of the movement. It is a matter of common sense that a higher form of leadership and organization is now needed to take the Occupy movement to the next phase.

A lack of leadership and management in a movement leads to a lack of organization and focus. A lack of organization and focus leads to a lack of motivation and efficiency. When there is a lack of organization, focus, motivation, and efficiency, a movement lacks unity and flounders, losing its power. This is what is happening with the Occupy movement. Strong leadership is needed within the 99% to galvanize its protesters and to create levels of management where individuals have specific responsibilities and roles. Without somebody saying “this is what we need to do,” very little gets done. Good leadership motivates and inspires the best in others, and gives people a sense of united empowerment that is missing in the Occupy movement.

I experienced this firsthand at Occupy events I took part in, where, because of a lack of leadership and organization, people were not clear about what to do or where to go, thus most of the protests we were participating in did not feel unified and imbued with a strong sense of purpose. The Occupy movements across the country should be working together much more effectively to mobilize the 99% en masse, but it seems like the right hand does not know what the left hand is doing. It is of course important to continue carrying out direct actions locally, but the Occupy movements nationwide must support each other and unite by forming a national leadership council to coordinate and communicate their plans and goals. The movement must focus on planning national actions and events that will truly impact the pocketbooks of the 1% and draw masses of Occupiers from around the country that will show the power of the 99%. The more unified the movement is, the stronger it will be, and the more people it will draw.

Don’t get me wrong; I consider myself an Occupier, and I love the Occupy movement and what it stands for, but I want to see this movement realize its full potential. I acknowledge that the process of consensus through General Assemblies has its admirable qualities such as the ability to empower people to express themselves and participate in collective decision making. But when this process takes hours upon hours to make trivial decisions that could have been made in five minutes, it begins to have a paralyzing effect.

Any great movement in history has been spearheaded by strong and wise leadership, visionary men and women who were servants of people and had a relationship to a greater power than themselves. To keep a movement going forward, eventually there needs to be individuals who take command and responsibility for motivating, leading, and organizing others that the consensus process just does not provide. Critical decisions often must be made in the moment, and there needs to be leaders who have earned the right through their experience and virtue to make those decisions. Plublilius Syrus, a Latin writer in the 1st Century BC said, “The greater a man is in power above others, the more he ought to excel them in virtue. None ought to govern who is not better than the governed.”

I acknowledge that a “leaderless” movement where “there are no leaders” and simultaneously “everyone is a leader” is very attractive to people. The only problem is that it does not work. Indeed, we are all called to be leaders as the Occupy movement professes. However, if there are too many chiefs then there are not enough people to carry out the nuts-and-bolts implementation of the vision. In order to become a good leader, one must learn to follow. Aristotle proclaimed, “He who has never learned to obey cannot be a good commander.”

I can understand why the Occupy movement decided to be “leaderless” and ascribe to the process of consensus. People are rightly disgusted by our corrupt government and its false leaders who are bought and paid for by greedy corporations and who have abused the authority vested in them. The Occupy movement’s fear of leadership, management, and hierarchy is understandable because of the appallingly unprincipled example so-called leaders and governments have set over the past several decades. Real leadership is so rare on this planet that people do not even know what it is anymore. Robert F. Kennedy had it right when he said, “The problem of power is how to achieve its responsible use rather than its irresponsible and indulgent use—how to get men of power to live for the public rather than off the public.”

Fellow brothers and sisters of the 99% movement, I am here to share with you that leadership does not have to be a dirty word. Yes, it is rare, but there are goodly leaders out there who are truly servants of the people, who put the needs of others before themselves. Leadership and management founded upon truth and goodness, comprised of men and women of virtue and pure motive can be a reality, and this type of new paradigm governance is the destiny of our planet. The Occupy movement has some soul searching to do and important decisions to make. I hope that in their consensus process they come to a consensus that a new system of leadership is needed and that good leaders are found and followed.

NOTE FROM THE AUTHOR: Many of the ideas and concepts on leadership that I have expressed in this article were inspired by the teachings of Gabriel of Urantia. 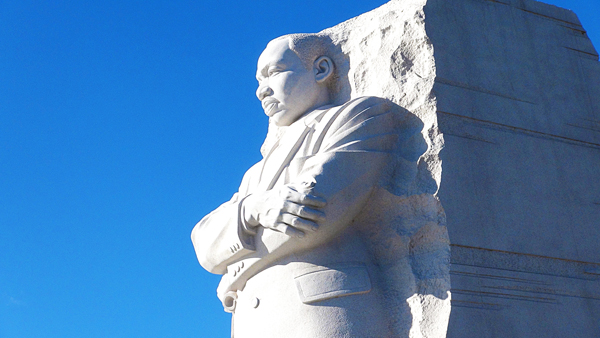