There Is Only One Side

America—(the regathering of the ancient tribes of Israel)—is now at a transition point, which will determine how the rest of the tribulation will go in the next four years on Earth, particularly in America and Western civilization. The forces of the fallen mind have been at war with the forces of the light for 200,000 years now, since the Lucifer Rebellion.

But now in America, at this present hour, hate is the dominant force that cripples America. It is not just one person but multiple millions of people who are racist and unloving, selfish and greedy, uncouth and materialistic. There is no difference between a rich greedy person or a poor racist. Both are immoral.

Americans are blinded and deceived by false leaders, who no longer have a vision for the common good of all of the people. Although the Emancipation Proclamation was put into effect in his lifetime, the vision of Abraham Lincoln has not achieved anywhere near his hope, now almost 200 years later.

Too many—on both sides of the spectrum in America, of “red” and “blue”—still have that same false Great American Dream, whereas if one person gets what they want, another one does not, and there is no equality. There can never be equality of education if one goes to Harvard and another goes to the community college of your city. There could never be medical equality as long as there is not free medical and dental for all. There does not have to be health insurance if there is free medical and dental.

So we kid ourselves in America, because most Americans are slaves to the puppet masters, who are themselves slaves to the system that works only for the rich. And we think by voting we have voiced our rights. However, in America there are little rights left. There really never has been equal opportunity for all. We continue to play ring-around-the-rosy, and we all blindly fall down.

The American Constitution was written by men tired of the old unjust order of Europe, who did have a vision for equal rights and equality for the New World, but these seekers of a New Order still allowed the slave system to exist. So much for equality. And a civil war took place a hundred years later, in which hundreds of thousands of Americans died and nothing was really accomplished, because hate is in the hearts of people and hate cannot be legislated. What about the attempts of genocide to the Native Americans (Indigenous) of Turtle Island/the United States and all South America!

Only by correct freewill choice can love take the place of hate. And it seems that too many who write the articles, make the films, and speak on the radio become propagators of the system of greed rather than the system of equality, because it works for them, not for the common man or woman.

If one who reads this and knows what is written in the Old and New Testaments plus The Cosmic Family volumes, you should come to the conclusion that the world is in the mid tribulation. It is not ahead of us. It is now. Hundreds of thousands of people have been killed by earthquakes, volcanic eruptions, tsunamis, hurricanes, fires, and floods all over the world, and in the next four years it will get worse, as the tribulation started September 23, 2017 with the sign of the Virgin in the stars, which was the sign of her giving birth to a Divine New Order and to the Promised One, who is coming again. And He is coming for His true children, who want His perfect will in their lives. And His perfect will is the way of the Tao, the way of love, the way of compassion, the way of putting your brother and sister first, before yourself.

Thinking they are right is the attitude in America of both sides of the red and blue spectrum. And as long as you speak for your side, you are divided into halves. Both sides say they know God. But who does truly know God? Jesus said that he who does the will of my Father are His true children.

Perhaps there should be a third party, and that party should be called the Kingdom of God and make it white. Then we would have red, white, and blue. That’s the true flag.

How many would be proud to wear that banner? That banner does not have a color. That banner talks about the fruits of the Spirit, which are love, joy, peace, forbearance, kindness, goodness, faithfulness, gentleness, and self-control. And love puts his or her brother or sister before him- or herself. That banner teaches hope, not fear. It teaches faith over fear.

Jesus told the rich to give it away to the poor. Jesus never ran for President. He ran away from the colors of this world. How blind we have become, who call ourselves Christians. The Christians of the first century went to their deaths as martyrs. They did not accept quasi-Christianity.

There is only one way to now truly save America, because it does not matter who wins this election, because both sides dwell in the fallen system, and Americans—who are the Lost Tribes of Israel—must now leave their fallen system and walk by faith and trust that God will drop manna from the sky, like He did to the ancient Israelites on their way to the Promised Land.

A Divine New Order needs to be set up, not only here in America, but all over the world, a planetary Divine Administration run by leaders who truly know the Lord. And that will only take place when the Promised One of all religions returns to the earth, so He can choose His leaders.

Yes, we must choose sides now, but not between a political system but between the fallen system and the Kingdom of God and join the Spiritualution, in right relationship with the Creator in following His perfect will for your life. There is no other answer. 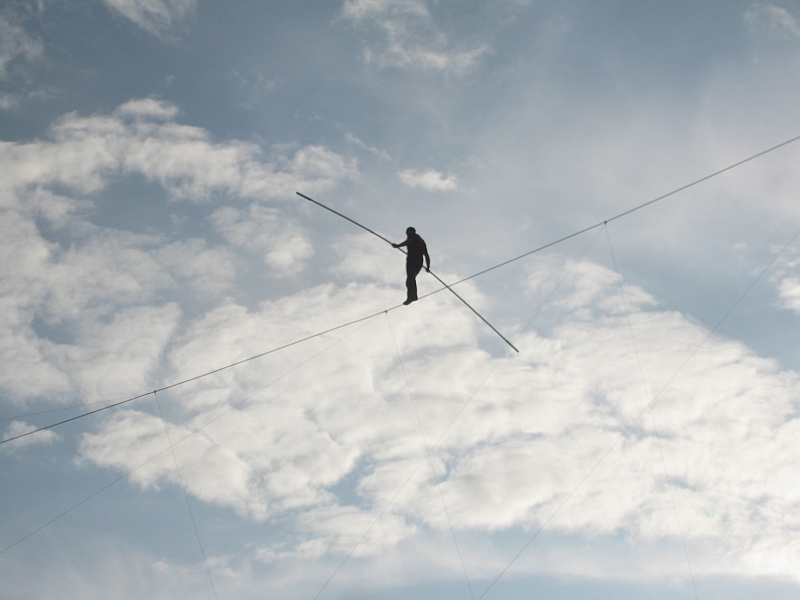