"We need to gather the blacks, the natives, the whites, and the yellow races together, to learn epochal revelation, to bring peace, a common understanding of God, and unity to all humanity." — Gabriel of Urantia

His wisdom and fidelity to teaching truth has placed him into a distinct position as a leader among people who hunger for change. His activism is not tokenism; he lives and breathes it. His past and present actions are a clear indication of his lifelong struggle to bring about positive and lasting global change.

In 1996 he developed his Spiritualution—Justice to the People! concept; a spiritual revolution for and by the citizens of Earth. It is not the raising of arms, but the raising of consciousness and each individual's own commitment and willingness to change - to quit their wrong jobs and to go on strike. It has inspired and influenced thousands to take action against social, civil, and environmental injustices, and to be proactive in their spirituality. See more here.

Because Gabriel of Urantia's work has rocked the status quo in many realms of influence, he has come against much opposition and media misrepresentation from corporate powers, and the power elite. His insistence on spiritual revolution and spiritual unity has not made him popular amongst established religious groups. His teachings on unity without uniformity have challenged the dogmatic and antiquated religious minds of the masses. Gabriel of Urantia has shown that he will not cease in his efforts to bring a higher truth to the world through what he has called "Radical Unity". He calls out to humanity to come together under the banner of equality and justice.

For decades now, visionary pioneer Gabriel of Urantia has been telling the American public and the world—through his books, videos, music concerts, and publications—that they must take to the streets through civil disobedience against the power elite and corporate entities, which include corporate media, the banking system, the oil companies, the corruption in the government, and more.

He specifically emphasizes, for those who can't participate on the streets in civil disobedience, that many millions of Americans can and should participate by going on strike and quit their jobs, if their jobs or careers are not serving humanity, such as:

The 99% movement and the Occupy Wallstreet movement are the beginning stages of Gabriel of Urantia's teachings to the people of America taking place in physical manifestation.

Gabriel of Urantia, with Niánn Emerson Chase, is the co-founder of the University of Ascension Science and the Physics of Rebellion. Together they hold the Mandate of the Bright and Morning Star. For more information, click here.

To find out more about Gabriel of Urantia visit his website: 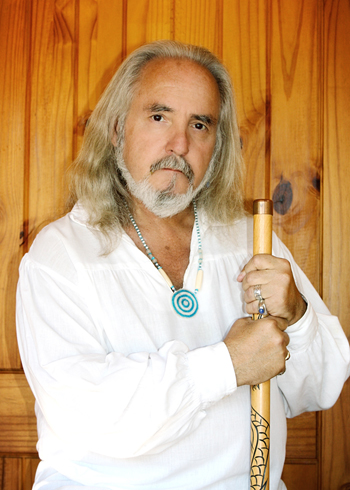 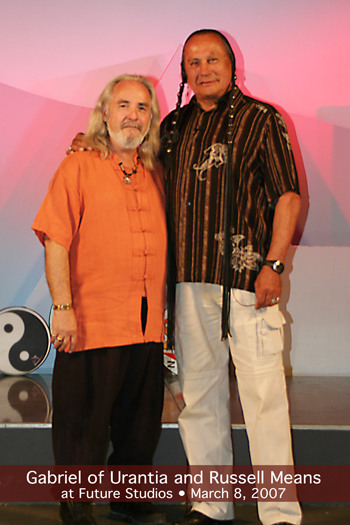